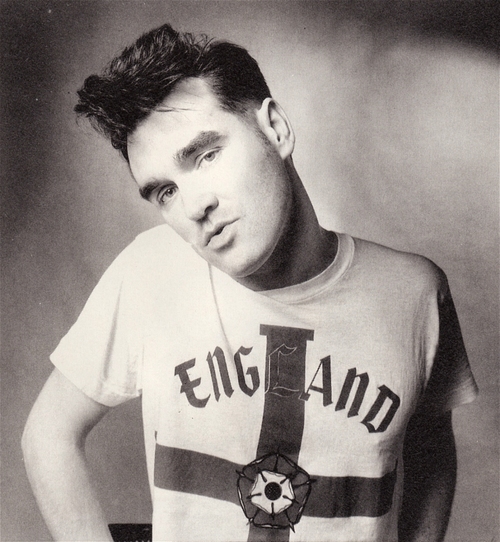 Morrissey
Download  has launched a scathing attack on the London Olympics, comparing Britain to Nazi Germany.
The controversy-loving singer declared on fan site True To You that the enthusiasm for Team GB's success in the games was reminiscent of the "spirit of 1939 Germany".
"I am unable to watch the Olympics due to the blustering jingoism that drenches the event," wrote the former The Smiths frontman.
"Has England ever been quite so foul with patriotism? The 'dazzling royals' have, quite naturally, hi-jacked the Olympics for their own empirical needs, and no oppositional voice is allowed in the free press. It is lethal to witness.
And while he didn't have anything nasty to say about Bradley Wiggins, Jessica Ennis or Mo Farrah - he had clearly been getting a bit het up at seeing the royal family in the stands at so many events.MTV
He continued: "As London is suddenly promoted as a super-wealth brand, the England outside London shivers beneath cutbacks, tight circumstances and economic disasters. Meanwhile the British media present 24-hour coverage of the 'dazzling royals', laughing as they lavishly spend, as if such coverage is certain to make British society feel fully whole.
"In 2012, the British public is evidently assumed to be undersized pigmies, scarcely able to formulate thought. As I recently drove through Greece I noticed repeated graffiti seemingly everywhere on every available wall. In large blue letters it said WAKE UP WAKE UP.
Posted by The Tube at 15:37