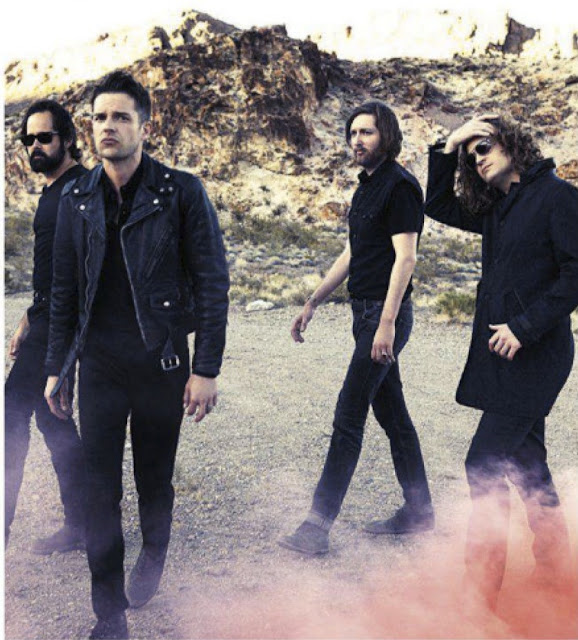 The Killers
Pre-Order is why ‘Sam’s Town’ wasn’t their best album. Neither critically nor publicly was it received quite as readily as ‘Hot Fuss’, and so if ‘Day & Age’ was the reactionary decision to transitorily tread more stylistic waters, then new single ‘Runaways’ sees them make no apologies for ‘Sam’s Town’ as they dive headlong into the swelling, stadium-sized atmosphere that held their second album together, assisted by Brandon Flowers’ typically bittersweetly romantic storytelling. It sees them recalibrate themselves from the sonic translations of ‘Day & Age’, and whilst the song would apparently easily slip onto the end of ‘Sam’s Town’ it remains distinct in that elements of Flowers’ solo LP ‘Flamingo’ have been factored in. They crank up the 80’s FM rock references, smatter it with randomised synth motifs to round off each line, and inflate it with a chorus and pre-chorus you can really drive a lonely highway to; ‘Runaways’ pines to be remembered as a powerful, storm-running stallion that possesses all of the magnitude but none of the shocking pomposity of recent Muse material, and Brandon and the gang are doing just about anything to ensure it happens. But there’s far more preventing ‘Runaways’ being the song it needs to be than having the ability to exercise restraint over it’s own ego. It’s voracious appetite for it’s own size fetishises the authenticity of it’s component parts, gobbling up every lasting component of peak-era Springsteen rock anthems and regurgitating them with a winking inauthenticity.
It’s certainly a brazen choice for lead single seeing as it’s the weakest they’ve ever released. With none of the catchy glam-rock quirk or cross-over appeal of ‘Somebody Told Me’ and ‘When You Were Young’ or the pastel-coloured electro infusion of ‘Human’, ‘Runaways’ barely stacks up in terms of it’s commercial appeal. It sounds melodically aimless in parts and during the chorus Brandon’s found fervently hunting for a moment to make the melody stick, but even after repeated wails of the word “Runaways” he never finds it. It’s simply not as memorable as their previous lead singles and because of it’s lack of melody and definitive structure it resorts to kicking up as much dust as possible to try and cover up the fact that, whilst it would serve as a stellar addition to ‘Sam’s Town’ and no doubt to the Las Vegas foursome’s new LP, ‘Battle Born’, it’s more of a support track, rather than something that stands out as instantly recognisable for it’s musical merits. That’s not to say it’s filler - it’s way too proud and boisterous to let itself be relegated to filler rating - as the enormous, sudden surge of the song’s pre-chorus (the unchallenged ten-second highlight for sure) shows, but it’s more of a substandard ‘This River Is Wild’ than a ‘When You Were Young’.
Posted by The Tube at 13:21