Download guitarist Andy Bell Speaking to Drowned In Sound, the band's former bass player said that he'd 'love' to see an Oasis reunion happen, commenting:I'd love it to happen. I think that life's too short for it not to happen. But, in reality, do I see it happening? At this point, no I don't. The matter rests entirely with the two brothers. It probably should happen at some point but if they can't make it happen, no one should force them to. 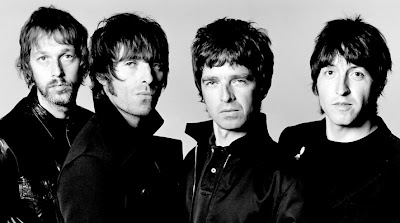 Bell also spoke about playing Oasis material with the Liam Gallagher fronted Beady Eye, and explained that it is something they’ll definitely be doing again in the future. NME"The reason we didn't play Oasis material from the outset was because we wanted Beady Eye to create its own identity," Bell explained.

He continued: "So when we started touring around the world we wanted to get everyone that came to our shows used to the idea that we are a new band, and not just a continuation of the old one, even though when you come and see Beady Eye we look pretty much like Oasis on stage. Except Noel's not there."

In the interview, Bell discussed the possibility of a Ride reunion. The shoegaze band, who formed in 1988, disintegrated in the mid-1990s but briefly reformed in 2001. Of a future reunion, Bell said:

"Well, never say never. We're good friends now. We get together once a year and just have a few pints and whatever. We're all pretty busy with what we're doing, but personally, it would be a shame if we never got to play those songs one more time."
Posted by The Tube at 15:53