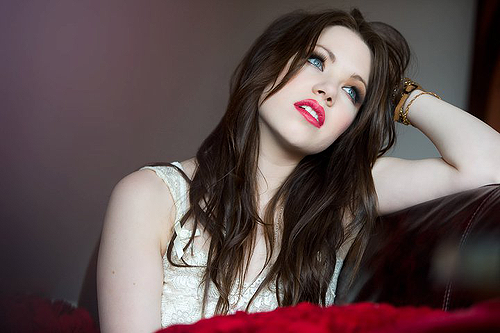 
Let’s get the big question out of the way first. No, there’s nothing on this album that will rival Call Me Maybe in the startling ubiquity stakes. None of these songs will appear in YouTube parodies about Doctor Who or the Cookie Monster, and none of them have the power to barge into people’s lives – people who don’t like pop songs, people who don’t even have ears – and force them to be aware of its existence.
Not that this means Carly Rae Jepsen’s second album is a failure; very few pop stars have a song as demanding of the attention as Call Me Maybe. In fact, that one hit looms so large that when Tiny Little Bows, the first song, launches into a little “we just met” refrain, the familiarity of the idea reverberates far louder than the sampling and chipmunk-ification of Sam Cooke’s Cupid. Never mind the wilful desecration of the past; surely she has songs that aren’t about a first encounter?
Well yes, yes she does – she has loads. There are innocent songs about crushes, songs about finishing with a boy, songs about a first kiss; songs for would-be lovers who are a bit nervous about how everything works. Guitar String / Wedding Ring describes a love so humble that Carly would fetishise his rusty castoffs as if they were precious metal. It’s a young girl’s song of idealised passion, negating the self and ignoring all unsavoury physical reactions.
Or there’s Beautiful, a skippy acoustic redraft of that One Directionsong with Justin Bieber playing the adoring boyfriend, or possiblyBruno Mars. Even when she plays the Ke$ha dirty stop-out role, in the witless Good Time – featuring Owl City – there’s precious little whisky on hand to clean her teeth. Everything has been wiped so clean even grammar can’t find a foothold.
There are no excursions into dubstep, no guest rappers and no raunchiness, just good clean wholesome party (as in jelly and ice-cream) fun. Kiss is chaste and tailor-made for anyone who findsRihanna too ripe, Lady Gaga too weird and Katy Perry too all-over-the-place. ..BBC
Posted by The Tube at 15:19