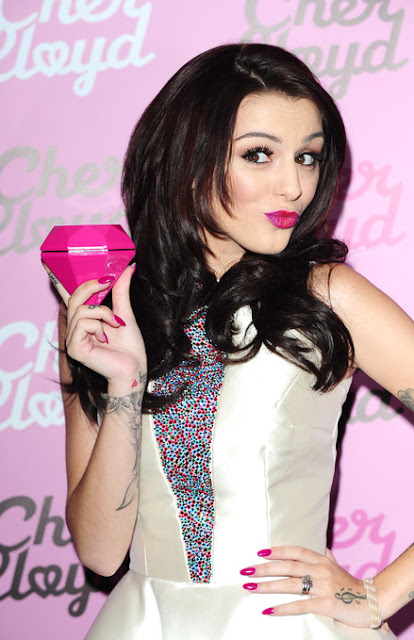 Cher Lloyd
Download During an interview with Sugarscape, the Swagger Jagger star insisted that 1D will have a long and successful career, stating: "I haven't seen them in a long time but when I go out there all my fans are always raving about them, it's great.
She continued: "There's been a few incidents where sometimes you don't feel as if you've got a connection with a certain someone and then they go to America and they say something nasty about you.

"We're on the same label in the UK and I think the UK artists should stick together."
"You think, 'You're from the UK, why have you done that?' The one thing I can say about One Direction is I feel like they're going to have a very long and successful career."MTV
The 18-year old, who launched her new perfume Pink Diamond earlier today (3rd September), also spoke about being bottled at V Festival last month - stating she hasn't taken the incident personally.
When asked how she managed to get over having a bottle of urine thrown at her during her Chelmsford set, Lloyd claimed: "Just to step back for a minute and realise that there's so many good things going on in my career at the moment.
"We've got everything in the US, we've got this fragrance in the UK. I mean, there shouldn't be anything that's going to get me down.
"At the time I was upset about it, but the amount of support that artists have shown me and it's made me realise that it wasn't personal, it was actually something that happens to all the artists."
She added: "I heard it happened to Beyoncé. Now if that can happen to Beyoncé, I don't know why it was a big deal about me."
Posted by The Tube at 11:27