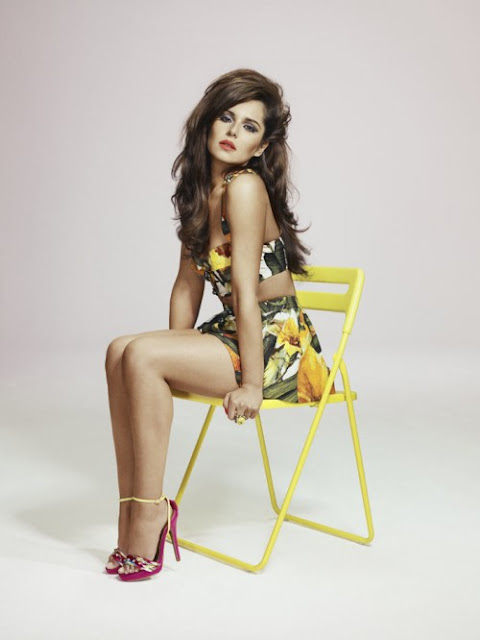 Cheryl Cole
Download is reportedly set to make an appearance on this year's The X Factor, after judge Gary Barlow secretly signed her up.
The Call My Name singer became a household name on the talent show before heading Stateside with Simon Cowell, only to get the boot from the US version after just a few weeks.
But according to The Sun, Chezza will be joining Gary as a guest mentor at the judges' houses phase of this year's competition.
The paper claims the Take That man wanted the news kept quiet in order to avoid upsetting boss SiCo - but apparently he managed to persuade the gorgeous Geordie to appear after their Diamond Jubilee duet.
A source told the tabloid: "Only Gary's intimate inner circle know. He hasn't even discussed it with Simon or ITV bosses. It's been seriously top secret stuff.MTV
"They're all under the impression it's going to be Robbie [Williams]. No one even noticed the dates for the recording clashed with Robbie's new solo tour."
Chezza made no mention of her secret return during her appearance on Jonathan Ross' chat show tonight, however, although she did confirm that she and SiCo are still "frenemies".
The Under The Sun singer also revealed that her upcoming tell-all autobiography would be "honest and the truth - from my own perspective".
And she's already told ex-hubby Ashley Cole all about it.