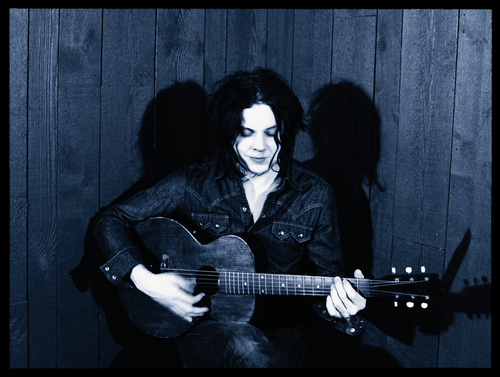 Jack White
Download 'Freedom At 21' is the third single from White's debut solo album 'Blunderbuss', which was released in April. The B-sides to the album's three singles, including White's cover of U2's 'Love Is Blindness', were made available digitally for the first time on Tuesday (July 10).

Last month (June 26), White performed songs from 'Blunderbuss' during a show at London's Brixton Academy. He will continue his 'Blunderbuss' tour in the US later this month, before returning to the UK for a one-off gig at Camden's Roundhouse as part of London's iTunes Festival on September 8.
Posted by The Tube at 12:05