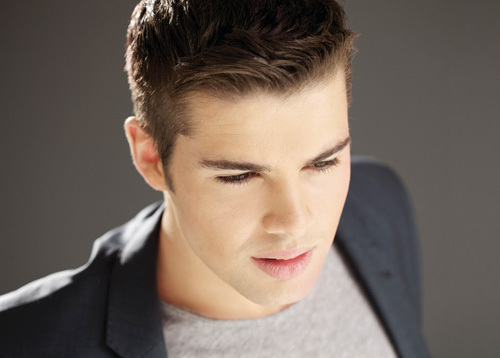 Joe McElderry,
Download he's not once bemoaned (publicly, at least) getting chewed up and spat out by the X Factor machine. What's more, his refusal to "hit out" against Cowell and co. has worked in his favour and allowed him to achieve the previously-thought impossible; jump-starting his own career with a winning appearance on Popstar to Operastar which resulted in two successful covers albums.

Here's What I Believe - a mix of covers and original work - continues to prove he is more tenacious than his wide-eyed exterior would suggest. In short, it's the album he probably should have released post-XF. Where his 2010 debut Wide Awake was experimental and geared towards a largely disinterested younger audience, Here's... is aimed squarely at the mums and grannies who voted for him in the first place. DS

Each song is sung with the clarity and precision of a RADA graduate, in particular lead single 'Here's What I Believe', which wouldn't sound out of place on a Westlife album, clumsily-titled 'Somethin's Gotten Hold of my Heart', and a stirring rendition of 'E Penso A Te', where he is backed by big strings and grand orchestration.

That said, the regimented midtempo production quickly loses its charm. A cover of Demi Lovato's 'Skyscraper' has been transformed from a post-rehab rebirth anthem into a plodding number devoid of energy, while the raw emotion of Queen's 'Love of My Life' is reduced to a by-numbers ballad. The result is an album his fans will immediately lap up - whether he likes it or not.
Posted by The Tube at 01:53