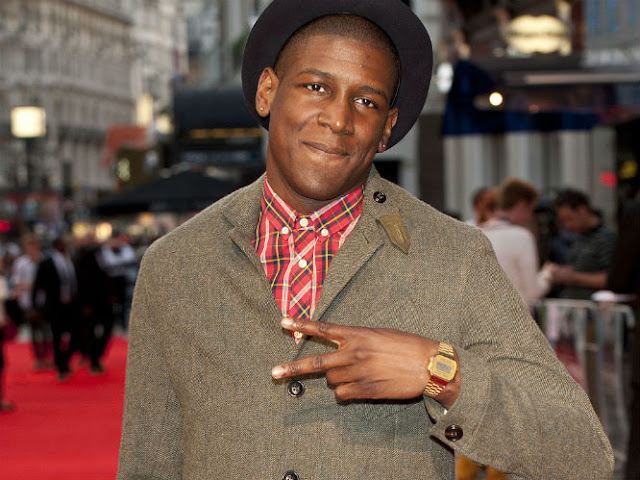 Labrinth
Download has exclusively told MTV that he has three albums worth of material ready to release.
The Earthquake hitmaker - who released his debut LP Electronic Earth earlier this year - claims he makes so much music, that he could unleash another record tomorrow.
Lab - real name Timothy McKenzie - explained: "I was in the studio last night playing records to my manager and I’ve got three albums on me already. I make so much music. That stuff is very easy.
"Other artists run back into the studio going 'Please, I need a producer! Somebody help me', but for me it’s kind of easy to start getting songs together. I already had albums before my last album was finished."
As well as churning out hits for himself, the 23-year old also revealed that he would be up for making a  track for boyband of the moment One Direction - after Niall Horan admitted to wanting to work with him.
Speaking of 1D, the multi-talented musician said: "I haven't thought of anything for One Direction but I would have to get cooking in the studio and put some flavours together to see if it sounds right."
He also shed some light on the speculation that he's been working with Rihanna on songs for her new album - which is reportedly due out in November - adding: "Yeah I’ve got tracks for Rihanna. I’ve had a lot of people knock at my door so I’m just waiting for them all to come and take the tracks off me."
If all that wasn't enough, Labrinth ha
Posted by The Tube at 13:38