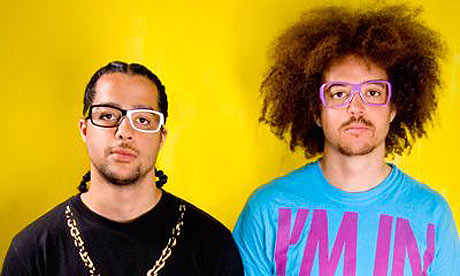 LMFAO
Download have announced that they are parting company in order to focus on solo projects.
The US uncle and nephew duo - Redfoo and Sky Blu - have reportedly gone in "different directions" musically.
Speaking to news.com.au, singer and producer Redfoo said: "I feel like we've been doing this for so long, five or six years. And we're kind of like saying, well, let's just do what's natural and just kind of explore that, instead of like forcing it all the time."MTV
And it's unlikely the pair will be teaming up in the future either.
Redfoo went on: "I think that we naturally just started hanging with two different sets of people, two different crowds, but we're always family.
"He'll always be my nephew, I'll always be his uncle."
The Party Rock Anthem star now plans to launch a fashion line, as well as making more "party music".
He added: "I was really passionate about bringing party music to the world, so I will always be making some kind of party music."