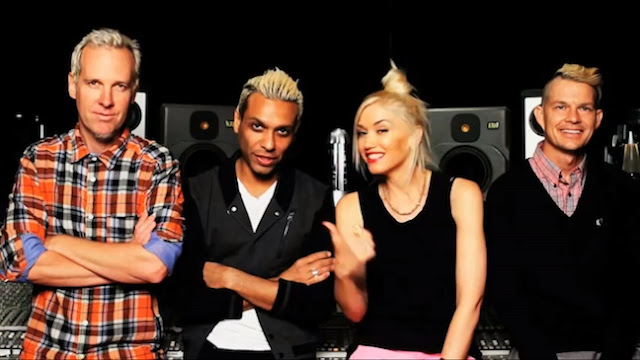 No Doubt's
Download last studio LP Rock Steady. Aside from the obvious shift from physicals to downloads, the band now also have to tackle the flurry of super producer-led records as well as sales being at an all time low. Hardly the most encouraging news for a group who are traditionally seen as a self-making albums act.

That they've largely stuck to their guns on Push and Shove was a risk, but the results pay off in spades. Aside from the bonkers title track 'Push and Shove' which shares a credit with trendy knob-twiddling outfit Major Lazer, the band have re-hired Rock Steady's exec producer Mark 'Spike' Stent; creating a picking-up-where-they-left-off atmosphere that fortunately feels timeless rather than old-fashioned.
Posted by The Tube at 16:48