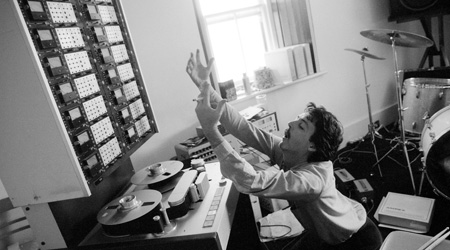 Paul McCartney
Download has topped a poll of the richest lead singers in the world.

According to wealth calculator website Celebrity Net Worth, the former Beatle is worth an estimated £497 million and tops the poll ahead of Bono with £372 million, US singer-songwriter and business mogul Jimmy Buffett with an estimated £248 million and Elton John with £199 million.


Further down the list, David Bowie clocks into 13th place with an estimated fortune of £133, while Bruce Springsteen is behind him in 14th place with £124 million. Guns N’ Roses' Axl Rose is in 17th place with £93 million.

Only two women feature on the list – No Doubt's Gwen Stefani in 29th place with a net worth estimated of £50 million and Fleetwood Mac's Stevie Nicks in 38th place with £40 million. NME

The top 20 richest lead singers is as follows: