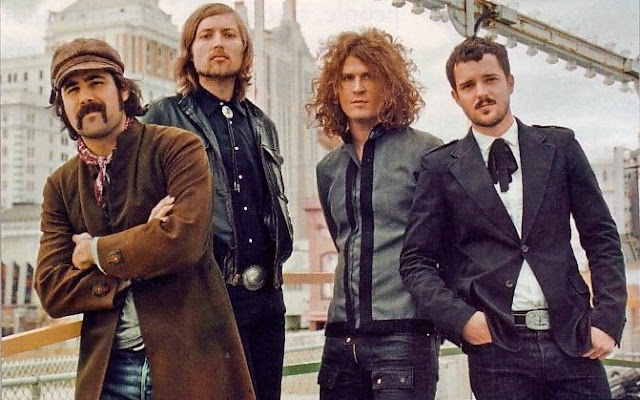 The Killers
Download have confirmed plans for a UK arena tour later this year.
Brandon Flowers and Co will kick start their eleven date jaunt in October following the release of their new album Battle Born - which hits shop shelves on 17th September.
The Las Vegas band will visit the likes of Glasgow, Birmingham and Liverpool during the tour, wrapping their shows in London on 17th November.MTV
They are also slated to play two intimate shows later this month, firstly putting on a free concert at London's HMV Forum on 10th September, ahead of their headline stint at the iTunes Festival at the Roundhouse, Camden on 11th September.
Tickets for The Killers tour go on sale this Friday, 7th September and are priced between £32.50 and £45.