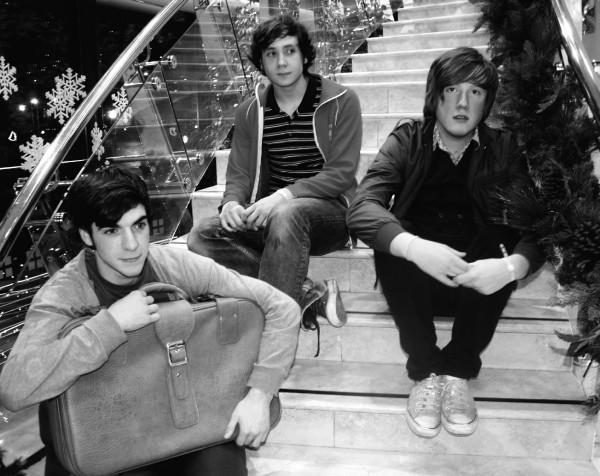 Two Door Cinema Club
Northern Ireland trio Two Door Cinema Club are in an interesting place. The cliché of the “difficult second B
album” often comes off the back of a stellar debut performance. However, the dents in the chart made by debut offering Tourist History, both in the UK and Ireland, were barely noticeable. Yet it spawned five singles, reached gold status, and even scooped the Choice Music Prize (essentially the Mercury Prize’s Irish cousin).
So with a quietly-assembled following ready and waiting for more – in unison this time – it’s up to follow-up Beacon to deliver with some noise. And while the jangly, highly-listenable indie-pop doesn’t quite attack its listeners, there’s an assured, upright confidence which sits in the place of Tourist History’s playful, quirky reticence, illustrated with conviction by the synthy pulse of Handshake and frenetic chords of Sleep Alone.
Alex Trimble’s surprise role as vocalist on Caliban’s Dream, arguably the showstopper of the London Olympic Opening Ceremony, showcased a surprising fragility. Look hard enough and you’ll find that here – Settle builds from a low, melodic hum into an entrancing crescendo, while the few moments of restraint throughout Pyramid serve to make its strident, more explosive components that much more successful. But largely, it’s business as usual on Beacon, turned up to its full-bodied indie setting to complement the marginally more studio-heavy backing.BBC
Progression is noticeable, but it’s not an immense departure. And that’s a clever move – where Tourist History quietly chipped away in its performance, gradually infiltrating newer ears, Beacon takes all the greatest components of its predecessor, armour-plates them and gears itself up for a much more immediate impact.
But there’s far more to Beacon than just a straight comparison with its forbearer. What it does, above all else, is serve to strengthen Two Door Cinema Club as an entity, cementing what’s fair to call a unique sound. Beyond this, it could well provide an ideal platform to explore tangents, but here and now, it’s the mark of a band who know their sound, have a newfound confidence, and are well-equipped to do some serious damage to the chart this time around.
Posted by The Tube at 12:41