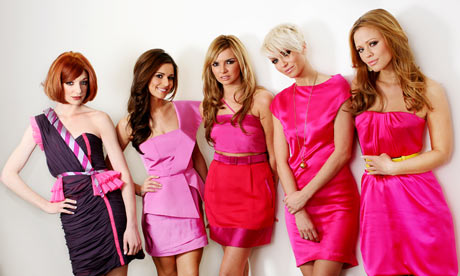 Girls Aloud
Order-Album have hinted that they could do "something crazy" when they go on their UK tour next year.

Tickets for the recently reunited group's 2013 dates went on sale this morning.

The tour is set to conclude with gigs at the Capital FM Arena in Nottingham on 19th March and the Liverpool Arena on 20th March.

Speaking about the upcoming dates, Nadine Coyle told Capital: "We're going to do another tour, so we can maybe come form the ceiling again or maybe come from the side of the arena or do something crazy, we've still to achieve that."
Girls Aloud announced their reunion at a press conference in London last week:Kimberley Walsh added: "Touring's one of the things we enjoy the most."

"The fact that we can still be doing this ten years on is incredible – that's an achievement in itself. We still are achieving," Cheryl said.