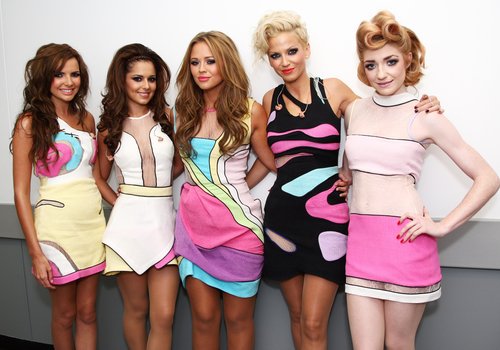 Girls Aloud
Kimberley Walsh has spoken about the group's plans for their upcoming 2013 reunion tour, admitting they have so many ideas in the pipeline.Pre-Order
The 'Sound Of The Underground' star told Capital FM that some of their plans may not be physically possible as they look to put on a spectacular live show for fans.
"You know what, we've got so many ideas for the tour but we just need to work out if it's actually going to be physically possibly to do some of them," she admitted. "We're not going to give any of them away now."
The singer added that each member of the group is very much involved and that she expects the next few months to be a lot of hard work.Capfm
"We're all doing everything – it's going to be a lot of work," she confessed.
The band announced their reunion tour alongside a greatest hits album earlier this month at a press conference in London.Their new single 'Something New' will be released on 18th November with the greatest hits record 'Ten' following on 26th November
The singer has also dismissed speculation that the band will never get back together after their arena tour next year, stating the band will "never split-up".