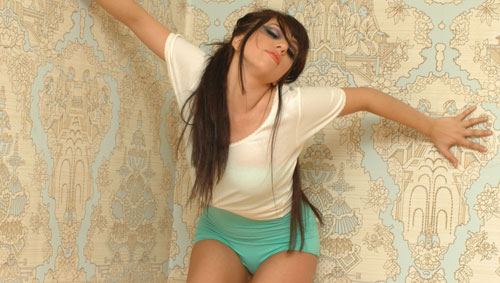 Lady GaGa
has confirmed that fans can expect a new single next year.
The 26-year old, who previously announced that her third album ARTPOP will be released in spring 2013, revealed the news during a Q&A on Twitter.
Download After speculation that she may release the first cut from her new LP at the end of 2012, GaGa answered that her new single will be released "next year."
The Poker Face star also announced that she has teamed up with Fernando Garibay and RedOne on ARTPOP, and that her new campaign will also feature the continuation of her Telephone promo with Beyoncé.
Last week, dance producer Zedd revealed to MTV News that he's been working with Lady G on new material, but he's unsure whether the tracks will appear on ARTPOP.
He stated: "I've made a lot of songs which I'm not even sure if we're going to use it for her or not. And, you know, at the same time it's totally possible that some things she wrote might end up being for me.
"We literally just made songs and songs and songs and you'll see what will happen with it."