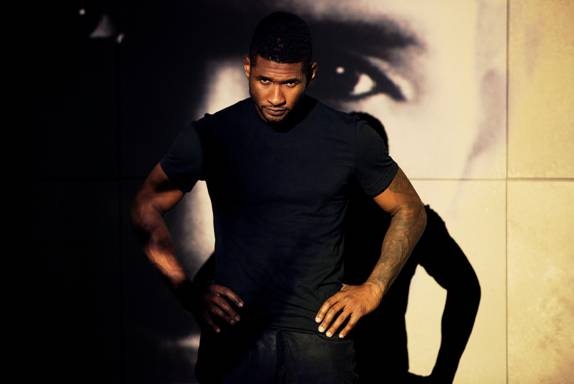 Usher
Download returns to a rough on-stage moment in his video for "Numb."

The R&B star's latest opens with footage of Usher at the O2 Arena in Berlin from 2011, when an illness caused him to cut his set short and leave the stage. Juxtaposed against stormy skies, the scene gives way to a tightly edited video cutting between scenes of himself at a hospital bedside and dance moves delivered from inside a glass box. He shows no signs of sickness as he works through the complex choreography, which ends with a forceful escape.Billboard
Looking 4 Myself" dance track is the latest song to get a video, following "Scream" and "Climax."

Usher will be hitting the road again next year, announcing in September that a slate of early 2013 European dates would be pushed back so he could spend time with his children, Usher Raymond V and Naviyd Ely Raymond. He'll also fill his spring with a coaching slot on "The Voice" -- he'll join the show with Shakira as Christina Aguilera and Cee Lo Green take time away from the reality competition.