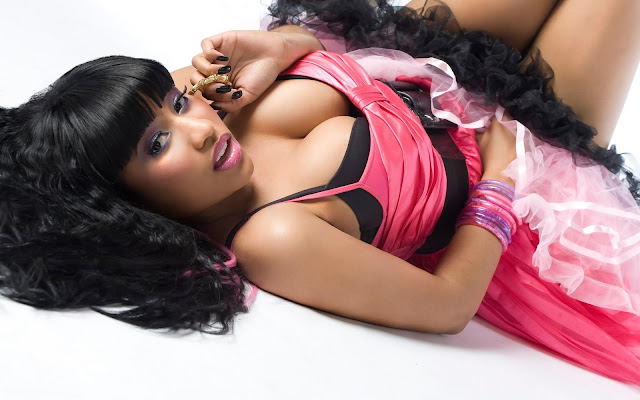 The singer apparently ended up ditching the bash on Tuesday night (November 20) after her boyfriend's entourage were refused entry into New York nightclub Greenhouse. The singer invited Safaree Samuels, who arrived before his girlfriend with a giant entourage of 30 people to the Manhattan club, according to the New York Post.

A club representative was quoted as saying: "Nicki was in a car outside, and didn't come in because only a portion of her boyfriend's group of 30 was allowed entry. He was trying to bring in too large a party, and therefore Nicki chose not to come in."NME

Minaj, who is currently a judge on American Idol, last month got into a spat with fellow judge Mariah Carey during a taping of the reality show's auditions. The warring duo came to blows when a disagreement over a contestant's performance prompted Minaj to launch a tirade of insults towards Carey.
Posted by The Tube at 10:51