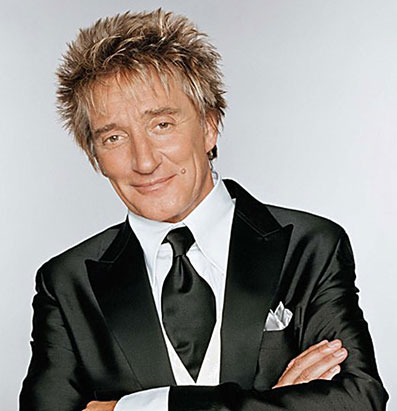 Rod Stewart's
Download aura of self-regard has sullied your enjoyment of his hits, you'd have to be a grinch to deny his vocal gift. As a deceptively straightforward rocker with the Faces, Stewart merged the disparate techniques of Sam Cooke and Mick Jagger to grand, if short-lived, effect, and his first half-dozen solo albums excelled in both songwriting and song selection while expanding his interpretive range and further emphasizing the debt to Cooke. Over the past decade, Stewart's pitch to aging boomers has included several entries in the Great American Songbook series, throughout which, if the material occasionally outmatched him, the singer distinguished himself from other reformed rockers as a credible almost-crooner. The Christmas album is, of course, perilous territory, even for real crooners, and that Stewart emerges from Merry Christmas, Baby relatively unscathed should earn him a moment under the mistletoe with the Kardashian of his choice. Verve chairman David Foster, who serves as arranger and producer, demonstrates laudable discernment in choosing the album's 13 songs, and the same goes for the requisite cameos: Cee Lo Green, Mary J. Blige, and Trombone Shorty provide little boosts of energy to Stewart along the way. On "Have Yourself a Merry Little Christmas," supported by unobtrustive strings and a gently picked acoustic guitar, Stewart invokes some of Louis Armstrong's phlegm on low notes at the end of phrases. As ever, the singer goes beyond mere rote to deliver each lyric with sensitive distinction: Even as the chords of "White Christmas" wooze into one another, aided and abetted by strings and a jazzy electric guitar, Stewart himself sounds grounded. Meanwhile, the two rhythm n' blues-iest songs, the title track and "Red-Suited Superman," recall in admirable fashion the soul-hit heyday of ABC-Paramount in the mid '60s.
The boldest move on a generally safe album is a virtual duet with Ella Fitzgerald on "What Are You Doing New Year's Eve?" Fitzgerald's portions are incorporated in snatches so as not to upstage Stewart, whom otherwise she would outclass by a country mile. The Rat-Pack-once-removed fugue with Michael Bublé on "Winter Wonderland" is an awkward arrangement (Stewart and Bublé should stick with the harmonies), and Stewart's upper-range vibrato sometimes betrays affectations that the rest of the album labors to disguise. The album's high point is "Merry Christmas, Baby," a paean to December spending that Cee Lo enlivens considerably over brass and well-mixed wah-guitar. Stewart's Cooke playacting is very effective here, while Trombone Shorty adds helpful riffs and vocals alike. (Say what you will of Shorty's cameo promiscuity, he's rarely an unwelcome presence.) The arrangement is rather too glitzed-up with horns, but 'tis the season to forgive tinsel, and it's really the rhythm that asserts itself. In context, the song is an anachronism, but unlike Stewart's "Silent Night," it doesn't feel like a newly minted dollar bill crumpled to achieve the effect of age. It's also one of only two songs that shouldn't come with a matching wool sweater.