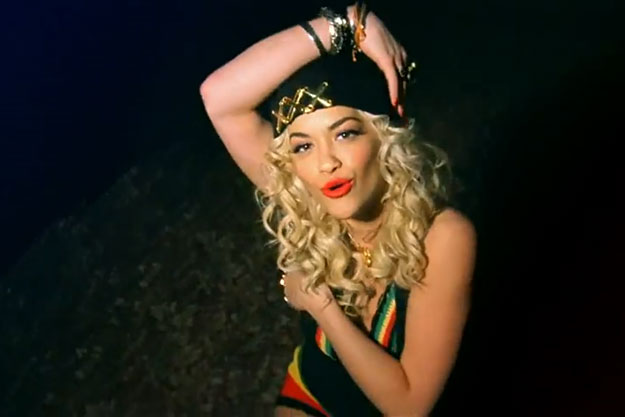 Rita Ora
Download has revealed that she has worked with her fellow Roc Nation artists on tracks for her new album.
Speaking to Digital Spy at Radio One's Hackney Weekend, the R.I.P. singer teased the collaborations further, hinting that some of the record label's big names will feature on her debut LP, ORA.
Rita explained: "I have a few collaborations, but they are surprises. I can tell you that Will.I.Am is on one of the tracks, which is so fun. I can also tell you that the Roc Nation camp is involved in some circumstance."MTV
Roc Nation was founded by Jay-Z back in 2008 and boasts artists such as Rita, J Cole, Alexis Jordan, Jay Electronica and Willow Smith - with the company also managing the careers of Rihanna and Shakira.
The 21-year old also divulged details concerning her forthcoming duet with Conor Maynard, which is set to feature on his debut album, Contrast.
Speaking of the MTV Brand New For 2012 winner, Ora stated: "I have so much love for that boy. We were both in the same boat; he was trying to find his first single and I already had R.I.P., but I was still trying to find my album.
"He's young and so talented and this track that we've done is really cool. It's a Conor track. It has those ad libs that he does and then me, so it's a nice mixture."
Posted by The Tube at 13:50