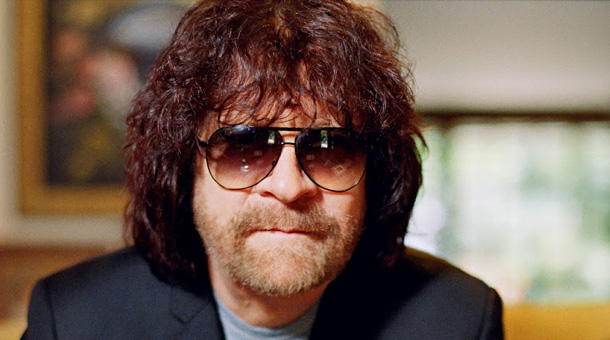 
mere 22 years after his last solo album, 1990’s Armchair Theatre, the man described by The Washington Times as “the fourth greatest record producer in history” returns with two. One, Mr. Blue Sky, features ELO classics. The other is this collection: a love-letter to the songs Jeff Lynne heard on his dad’s radio, songs which inspired him while growing up in Birmingham.
Having famously worked with Dylan, Harrison, Orbison and Ringo, the pop polymath now plays everything himself, a one-man band moving across a dewy sound-bed of nostalgia.
A subjective labour of love akin to Bowie’s Pin-Ups or Ferry’s These Foolish Things, which also carries elements of stripped-down self-exposure (like Johnny Cash’s American Recordings or Tom Jones’Spirit in the Room), it’s infused with warm melancholy. If it never crackles with startling candour, you sense that’s because he wants to pay simple homage to the tunes that formed him, rather than whip out his youthful diaries.BBC
Many selections are "pre-rock" 1950s standards, with a few fairly well-known but not over-familiar 60s nuggets also summoned. Perhaps surprisingly, Bewitched, Bothered and Bewildered, and Love Is a Many Splendored Thing work wonderfully well. Lynne has never been an ostentatious singer but knows how to arrange to perfection, even in this understated mode. The echoing shadows of Richard Hawley’s music come to mind.
We could all probably live without another version of Charlie Chaplin’s cheesy Smile, but he does make it chug along effectively. Don’t expect ELO-style baroque-and-rococo flourishes: for the most part Long Wave ticks with paced, poignant precision. There’s further subdued romance in the readings of Rodgers and Hammerstein’s If I Loved You and the evergreen She, once crooned by Charles Aznavour.
A louche, atypically throwaway take on Bobby Darin’s Beyond the Sea is a damp squib, and a couple of trad blues-rockers only remind the listener of ELO’s Roll Over Beethoven. But Lynne’s elegiac streak emerges again on Etta James’ At Last and The Big O’s Running Scared.
Posted by The Tube at 13:59