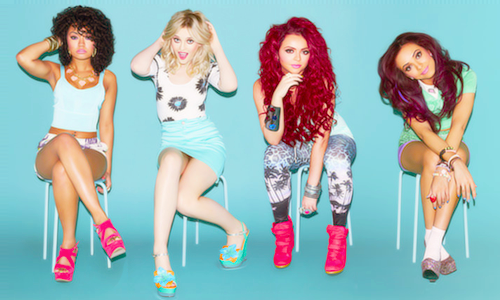 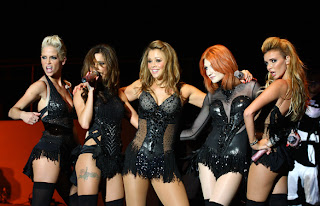 have revealed they don't see reunited group Girls Aloud as competition, stating they are hugely inspired by Cheryl Cole and CoDownload.
The X Factor winners are gearing up to the release of their debut album DNA on 16th November - a few weeks before GA unleash their greatest hits collection Ten on 26th November.
With a possible chart battle looming, Jesy revealed that Girls Aloud are not their rivals, instead insisting they see comparisons between Little Mix and the Something New hitmakers as a compliment.
Jade agreed: "She’s very talented and working with her was really relaxing. She gave us advice about being in a girlband. We would love to work with her again."MTV
Jesy continued: "She’s got a very similar taste in music to us so it was really easy to work with her. She wrote one of our favourite songs."
Speaking of Going Nowhere, Leigh-Anne revealed: "It’s like an R&B song, it’s cool. It’s got a rap on it and it’s almost going back to how we first started out with rapping and the beat-boxing.
"It was just very raw and it’s like we have sat in a room and just started jamming like we used to do. I think that’s why we like it so much. It reminds us of back in the day."
Little Mix's new single DNA is out on 11th November.
Posted by The Tube at 15:36