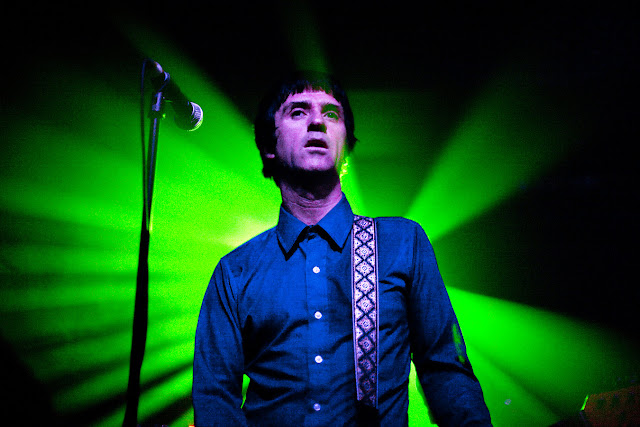 Johnny Marr
has opened up about his debut solo album, saying that he didn't want to be in anyone else's band anymore. Download

The Smiths guitarist is set to release his debut LP, 'The Messenger' in 2013, following a tour in January. After leaving The Smiths in 1987, Marr played in a number of other bands, including The The, Modest Mouse and The Cribs.

"It is late in the day to be making my debut," Marr says in this week's NME, which will hit newsstands from tomorrow and will also be available digitally. "I didn't want to be in someone else's band at this point. In the past I might have been reluctant to stand up front, and I've been lucky enough to be in bands with great singers, so it wasn't necessary. But this is my band now, and the frontman in my band has to play guitar. I do both."NME

Speaking about the rumours that his former band The Smiths are set to reunite, he said: "Everybody seems to know more about a Smiths reunion than I do. Those rumours are like a sport for everyone involved bar the people who were in the group 30 years ago. But it's not happening."

Marr is also set to join grunge icons Dinosaur Jr for a special performance in New York this December to celebrate the 15th anniversary of the band's 1987 album 'You're Living All Over Me'.
Posted by The Tube at 12:17