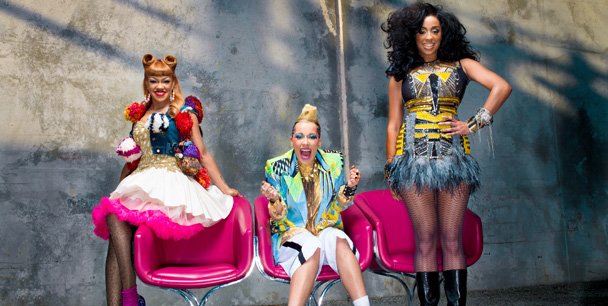 Stooshe
Download The song's official music video - which features TLC members T-Boz and Chilli - as premiered on Sunday, October 7.
The track follows their top three hit 'Black Heart' and trails their self-titled debut album, which is scheduled for release in November.
'Waterfalls' was originally released in 1995, where it topped the US Billboard Hot 100 and peaked at number four in the UK. The track was also nominated for two Grammy Awards for Record of the Year and Best Pop Performance.
Stooshe recently supported Nicki Minaj on tour and will join Jennifer Lopez's shows in Dublin, London and Manchester later this month.
Posted by The Tube at 12:36