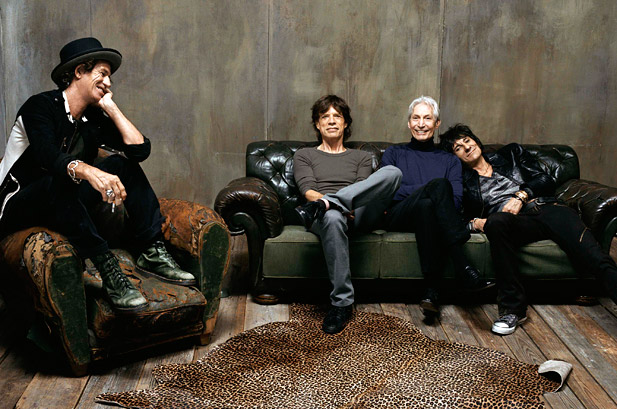 Rolling Stones
Pre Order recordings since 2005's "A Bigger Bang" will be included on "GRRR!," a new greatest hits collection set for a Nov. 13 release that will continue the band's 50th anniversary celebration.

"GRRR!" will be available in four formats: a 3-CD, 50-track collection with a 24-page booklet; a 3-CD, 50-track deluxe edition with a 36-page hardback book and five postcards; a 4-CD, 80-track "super deluxe edition" with a bonus CD, poster and other goodies; and a 50-track 12-inch vinyl box set. All formats will include classic Stones cuts like "Start Me Up," "(I Can't Get No) Satisfaction," "Honky Tonk Women," "Jumping Jack Flash" and many more fan favorites. Billboard

"Gloom And Doom" and "One Last Shot," two new songs recorded by Mick Jagger, Keith Richards, Charlie Watts and Ronnie Wood in Paris, will also be part of "GRRR!," as will new artwork from longtime band collaborator Walton Ford.
Posted by The Tube at 13:31