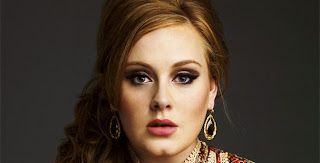 The Rolling In The Deep singer wants to travel in style from now on...

Adele has reportedly applied for a licence so helicopters can land at her luxury mansion in West Sussex.
According to The Sun Newspaper, the Someone Like You singer is fed up of using cars, with a source telling the tabloid: "Adele's property has so much land she thought, 'Why not?'
"It will cut down her journey time by some distance and it also means she won't have to rely so heavily on cars."
They added: "She's a busy woman and needs to get to places with minimal disruption."
Adele, who is expected to sweep the board at The Brit Awards tonight (21st February), recently showed off her sprawling £7million home to Anderson Cooper on US TV show,60 Minutes.
As well as a helipad, the 23-year old's home - which she shares with boyfriend Simon Konecki - boasts of 10 bedrooms, two swimming pools, a cellar, tennis courts, a games' room and it's very own media centre.
Earlier this week, reports suggested that Konecki is on the brink of proposing to Adele, with an insider telling the Daily Star Sunday: "Simon is so smitten that he's also talked about popping the question as soon as her birthday in May.
Posted by The Tube at 07:37