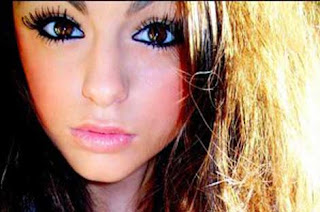 Cher Lloyd 'Fears For Her Safety' After Online Bullying

The Swagger Jagger star has told Radio 1 all about her ordeal...

has revealed she fears for her safety after becoming a victim of online bullying.
The X Factor singer, who recentlyconfessed that it was a miracle that she was still alive after facing internet threats, spoke to Radio 1 about her ordeal, stating she's determined not to let web bullies make her life hell.
Accompanied by her fiancé Craig Monk, the Want U Back singer revealed: "I felt like I didn't fit in and I wasn't what everyone wanted. I wasn't the perfect pop star that people wanted me to be and it made me feel really, really lonely.
"When I was getting all this abuse, I became completely cut off from everything. I didn't want to go out of the house, I didn't want to speak to anyone. I didn't want to do anything just in case something really bad happened to me.MTV
"I always tend to fear for my safety. You never know what's going to happen and it would be nice to get a bit of trust back, to know that people aren't going to try and hurt me."
The 18-year old, who revealed during the interview that she gets called a "dirty pikey" at least ten times a day, went on to add that she decided to make her problems public in a bid to help other victims of online abuse.100 winner
Lloyd explained: "I was sick of crying. I was sick of sitting there and thinking, 'I hate what I'm doing. I hate that I've gone on a show, and now everyone knows me.'
"I'm public property and there's nothing I can do — I've got to deal with it. And then I realised that I don't have to deal with it on my own."
She continued: "The message that I've got for people is: I've always tried to act the hard person and that was just a front for me.
"It's about time now that I let people realise that I'm a real person and if I can do it, with all these people that want a piece of me, then other victims can speak out as well.
"There have been many times when I've cried myself to sleep. I'm very scared because I like to think people think I'm strong, because if they don't, then they might not think I can do it.
"Some days I wish that people would leave me alone for a bit and for there to be a hole to suck me in."
Posted by The Tube at 09:50