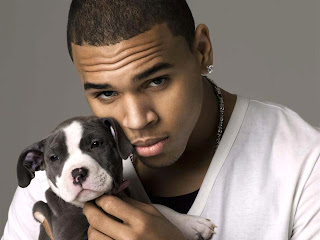 is under investigation for allegedly swiping a female fan's phone out of her hands and driving away after leaving a nightclub in South Florida on Sunday (Feb. 19), Miami Beach police told NBC 6 Miami.

"B--ch you ain't going to put that on no website," Brown reportedly told 24-year-old Miami resident Christal Spann after she approached and took a photo of Brown and rapper Tyga as they were getting into a black Bentley outside club Cameo. Spann told police that Brown opened his window, took her $500 white iPhone 4S and drove away.Billboard

Police responded around 4:40 a.m. but Brown is believed to have left the Miami area already. It is unclear if Brown, who performed at the American Airlines Arena on Feb. 16, is still in possession of the phone. The state attorney's office is reportedly preparing an arrest warrant and police have listed the offense as "robbery by sudden snatching."

Tyga has not been implicated. Brown has not commented on the accusations.fight sim

The "Turn Up the Music" singer is currently serving five years of probation after pleading guilty to the brutal assault of his then-girlfriend Rihanna in 2009. Earlier this month a judge in Los Angeles praised Brown for his good behavior, but decided he should continue reporting to a probation officer in Virginia.

According to a RadarOnline.com source, "the conditions of his felony probation are very, very strict. Chris must obey all laws and not be arrested for any other crimes. This could be a huge nightmare for the singer's probation if he is arrested and charged."

On Monday (Feb. 20) Brown made headlines for releasing two remixed songs with his ex, one of them being sexually explicit.

On Twitter, the usually chatty Brown has not commented directly on the alleged incident. His only message on Feb. 19: "Awareness of your consciousness is EVOLUTION!" A day later he wrote, "I just hope my music inspires people to really come together. LOVE and POSITIVITY
Posted by The Tube at 15:47