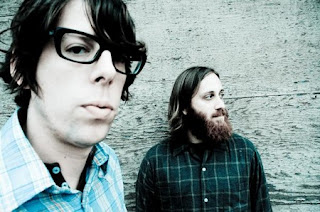 have said that they "honestly feel bad" for artists like Lana Del Rey. Album

The band, who released their seventh studio album 'El Camino' in December last year, told MTV that they felt sorry for bands trying to outlive hype and subsequent backlash.

When asked about the 'Video Games' singer's sudden rise to fame and her much-discussed performance on Saturday Night Live, guitarist Dan Auerbach said: "On some level, we've seen that Lana Del Rey thing since we first started, like, all of a sudden this new band would be headlining festivals, and we're like, 'Wait, how did they get that? We've been here for two, three, four, five years and we're still working our way up. But then they're gone. Just as quickly as they get up there, they disappear."

It's different for everybody. It took us a really long time to get on Saturday Night Live, and it took her a shorter amount of time. But I honestly feel bad for a lot of bands that are starting out with the way things are… The trends kind of flip over so fast - something's cool and not cool and it all happens within two to three months.


Last week, Del Rey saw her debut album 'Born To Die' go straight in at Number One in the Official UK Album Chart. The LP sold more than 117,000 copies in a week, making the debut the fastest-selling album of 2012 so far, and, in selling more than 100,000 copies, it also outsold the rest of the Top 5 combined.

The Black Keys are currently touring the UK and will play a one-off London show as part of the 2012 NME Awards Shows. They will headline London's Alexandra Palace on Saturday night (February 11).
Posted by The Tube at 16:25