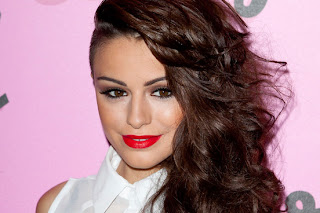 has revealed that she had to hide her pain when she was subjected to an internet hate campaign during and after her stint on The X Factor.
The 18-year-old Swagger Jagger singer has admitted she felt she needed to put up a "hard front" when she was targeted - and is now supporting a campaign against internet bullying.
She said: "It's a miracle I'm still alive - I've been driven to hell and back. The worst thing I've suffered was when I received a death threat against my mum. It was her birthday and she was destroyed. She was a total wreck. I was so angry - say what you want about me, but don't upset her.
"I think these people need help. To do that to someone, there's got to be something wrong with you. It sounds strange but I feel sorry for them. Maybe they've got a troublesome life, to feel the need to pick into other peoples'.
"When I was on The X Factor, because of my insecurities, I put on a front and I was this big, hard, cocky wannabe. But I'm nothing like that in real life. I'm quite scared of what people say about me or do to me."
Cher has had to deflect jibes about her looks, her music, her singing and her traveller heritage - and has previously suggested that the government should take action on cyber bullying.
She continued: "It really frustrates me when people say, 'Just ignore it'. How am I meant to ignore it? I'm a teenage girl. I didn't want to talk to anyone, I wanted people to leave me alone. I put on this hard person. And it meant I came across so badly. I'm gutted about it." tv
Posted by The Tube at 10:03