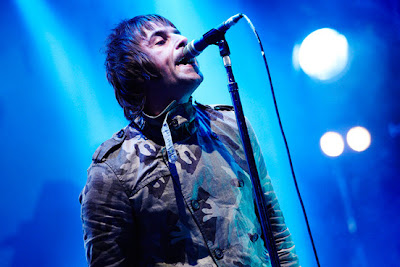 The band, who Gallagher formed after Noel left Oasis in 2009, have so far avoided playing anything but their own songs and covers during gigs. Speaking ahead of Beady Eye's debut gigs in March 2011, Gallagher declared the band would not be playing Oasis Download

songs live after claiming it "wouldn't feel right" to do so without Noel Gallagher.Download

Noel has regularly played Oasis songs live, including the likes of 'Don't Look Back In Anger' and 'Half The World Away', which were both in his setlist when he played at the NME Awards last month (February 29) to celebrate being given this year's Godlike Genius award. 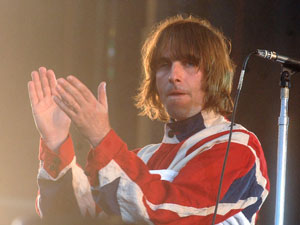 Liam has now said Beady Eye will follow suit and include Oasis songs in their set at Japan's Fuji Festival in July. He told XFM"We're doing Fuji Festival in Japan, which is in July. And we will be dropping Oasis songs for anyone who's bothered."
Gallagher continued: "The time is right now, without a doubt. We were always going to do it, but we thought the [Beady Eye] album needed to stand on its own. We've done some good gigs, we've done some shit gigs. And it's time to drop them in now. Everyone else is. I feel they're just as much my songs as they are Noel's. And if people don't like it, go to the bar or fuck off. If they do like it, jump up and down, let's have a good time."

The comments came after Liam was voted the greatest frontman of all time by listeners of the station earlier this month.PrettyGreen. By  Liam Gallagher
Posted by The Tube at 01:18