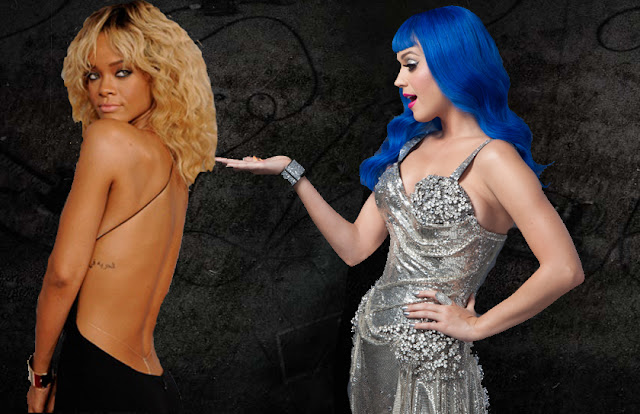 Fans can expect a track from popstar pals very soon...

'will happen' in the near future.
During an interview with Access Hollywood, the We Found Love singer claimed that they have been working on a collaboration for "years", insisting that fans will be able to hear the track soon.MTV
RiRi revealed: "We are still trying to make a song together, Katy Perry and I. She is one of my favourite musicians as well as one of my favourite people in the industry.
"She's very uncalculated, very sure of herself, and that's something that's very rare in this industry to find. We connected really quickly."
When asked when her hook-up with Perry will be released, the Bajan babe added: "The song will probably come out in a while. I can't say it's happening right now, but it's going to happen."
Earlier this week, the 24-year old addressed her shock collaboration with ex-boyfriendChris Brown,Download

claiming she hopes the songs will bring their fans together.
Posted by The Tube at 18:16