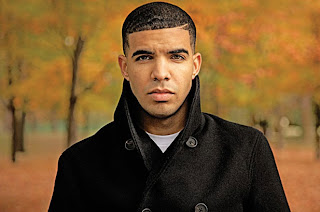 was been confirmed as the second headliner at this year's BarclaycardWireless Festival at London's Hyde Park.
The Young Money star will top the bill on Saturday 7th July, ahead of Bajan bab e Rihanna's Download Here

headline stint on Sunday (8th July). The headliner for the festival's opening night on Friday, 6th July is yet to be announced.
As well as Drizzy joining the line-up, Professor Green   Download Here

will also appear on the same day as Drake, marking Khalifa's only UK show of 2012.
Speaking of his involvement at Wireless, Example said: "This will be my 4th year in a row at Wireless. We must be doing something right! I feel like part of the furniture now.
"Over the years I've moved up from stage to stage and played bigger slots but I can honestly say every one of them was equally epic. Whether it was opening the main stage or closing one of the smaller tents the crowd was always packed and buzzing with energy.
"The backdrop of Hyde Park adds a certain air of heritage and great tradition to the whole event. I can't wait."
Pro Green added: "I'm really excited to be performing at Wireless again. Wireless 2010 was a real highlight of that year. The tent was a roadblock and it was lively.
"I'm confident that this year it will be bigger and better and I can't wait to get back on that stage in Hyde Park. Roll on the summer…"
Tickets go on sale on Friday, 3rd February at 10am and are available from www.wirelessfestival.co.uk
Posted by The Tube at 03:16