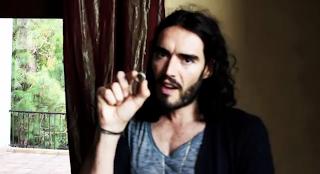 may have only just announced his split from estranged wife Katy Perry, but reports have claimed that the comedian is already dating again.
According to Us Weekly, the Get Him To The Greek actor - who confirmed he was filing for divorce from Perry in December 2011 - has started seeing several women, with sources suggesting Brand has been 'bad-mouthing' theE.T. singer.
An insider told the publication: "She discovered through her friends. One of the women told a friend of hers and it got back to Katy,
"He's spoken terribly about Katy to them. [Russell] told [one of them] he wanted her to move in with him after the divorce is final."
Earlier this week, it emerged that Brand may have rejected Perry's pleas to try and save their 14-month marriage, with The Mirror reporting that the 27-year old even suggested they should go to counselling instead of divorcing.
The One That Got Away star has since unfollowed Russell on Twitter, while Brand is currently still keeping an eye on Katy's updates on the social-networking site
Posted by The Tube at 08:40