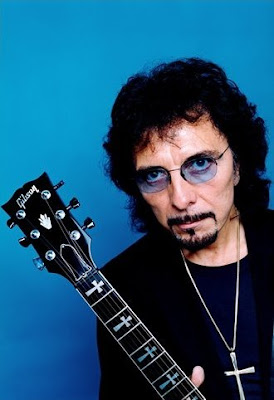 Black Sabbath bassist Geezer Butler has said that the revelation that Tony Iommi has been diagnosed with cancer has given the band "a kick up the rump".

The reunited metal legends revealed earlier this month that Iommi had been diagnosed with the early stages of lymphoma and that they would now be moving the recording process for their new studio album over to the UK so the guitarist can undergo treatment.

Geezer Butler has now revealed that recording has begun in the UK and that Iommi remains an active part of proceedings, and that he has even penned two new songs since his diagnosis.

He wrote on his official website Geezerbutler.com: "Today [January 19] we got the engines back up and running at Tony’s home studio. Far from being down and depressed about his lymphoma diagnosis, Tony had already written the music for two new songs, and I must say it has given us all a kick up the rump- it’s great to hear him churning out those riffs again, assuaging the Demon C. Takes more than that to stop Tony. Can’t wait for you all to hear our workings, it has been great working on this stuff."

He continued: "I want to thank the lovely encouraging emails sent to this site giving Tony love and encouragement and great vibes. It really does help, not only Tony, but us as a band- it raises up our spirits and restores our faith in this tarnished world."

Black Sabbath are still scheduled to tour Europe in the summer, with a headline slot at Download Festival among the dates
Posted by The Tube at 01:52