He's concerned Barlow may have commitments with Take That in 2012... 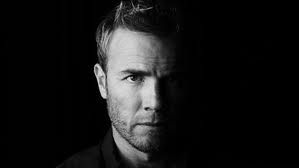 to return this year.
According to The Sun, the music mogul fears that if a new TT album is planned for 2012, Gary may be forced to leave the talent show to concentrate on promotional duties with the man band.
"I always thought that with Gary he would have the Take That commitment in 2012. But there has to be a certain amount of unpredictability with this show, it is what keeps people interested."
Cowell explained: "This show takes over your life, it is not a two day a week show.
SiCo was also keen to add that NONE of last year's panel are guaranteed a return to The X Factor - despite Tulisa Contostavlos winning with girlband, Little Mix.
The 52-year old added: "I don't know if I will keep the panel the same yet. No one knows yet because I haven't decided.
"Look what happened last time I tried to fire Louis! But I wouldn't say he is safe. We have got to look at everything — the whole show and panel."
Last week, Cowell hinted that he may even return to the UK version of the talent show stating: "I've signed up to do the American show, but anything could happen regarding the British one,
“We'll see what changes we make to the US X Factor, then we'll see what we do to the UK X Factor.”
Simon's former aide Cheryl Cole Download Here

recently beat him to be named 2011's Best Judge in a Virgin Media poll for her brief appearance on The X Factor USA before she was sacked.
Poking fun at SiCo, the Girls Aloud babe tweeted: "Oh my!” And all in a couple days work, LOVE this @SimonCowell”
We wonder if Chezza could now make her return to the UK XF? Watch this space…
Posted by The Tube at 06:36