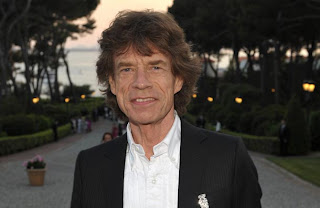 The furious Stones legend, 68, ditched a planned meeting with the PM at a Tory business event, telling pals he felt “exploited”.
Sir Mick was seething after learning how Downing Street had boasted of recruiting him to help promote Britain at the Great British Tea Party in the Swiss resort of Davos.
Advertisement >>
A downmarket newspaper revealed that the PM had been “tickled pink” by the publicity coup, which was supposed to see Sir Mick join him at the event.
But the singer last night dramatically stormed off and flew out of Switzerland. And he issued an angry statement distancing himself from any political allegiance.
He said: “During my career I have always eschewed party politics and came to Davos as a guest, as I thought it would be stimulating.
“I have always been interested in economics and world events. I now find myself being used as a political football and there has been a lot of comment about my political allegiances which are inaccurate.
“I think it’s best I decline the invitation to the key event and curtail my visit.”
A friend added: “Mick is mortified at the suggestion he’s close to the Tory party. He was invited over to Davos to support British enterprise and industry which are areas that are close to his heart.
"But as soon as he found out that his presence was being paraded by the Tories as a publicity coup, he packed his bags and left. He just feels exploited.”
The snub was a big blow to Mr Cameron, who was desperate to portray Jagger as a true-blue supporter.
A senior Government source denied Sir Mick’s involvement had been politicised. He insisted: “This was a non-political event and at no point was there ever any suggestion that Sir Mick was a Conservative.”
The tea party was at the World Economic Forum which starts today. Model Lily Cole, 23, was to attend.