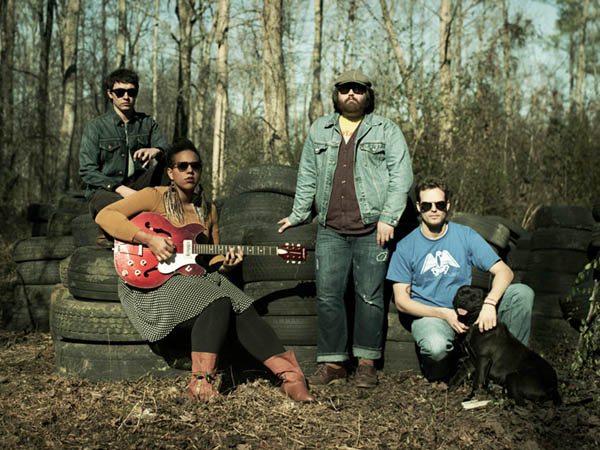 When Alabama Shakes  Download played at London’s Boston Arms in February, the media played up Russell Crowe’s attendance. But more prescient and thrilling was the sweaty audience dancing their nads off and, at the after-party, singer Brittany Howard throwing herself around to 20th Century Boy. The Shakes cover T. Rex’s glam boogie as part of their reclaiming of a spirit descended from classic blues, R&B and rock’n’roll, as witnessed by other covers including Otis Redding and AC/DC cuts. This vintage fusion has been nailed by a quartet barely out of their teens and has been hotly anticipated since the band broke cover, touring with Drive-By Truckers in 2011 after the alt-country crew fell in love with the Shakes’ song You Ain’t Alone. 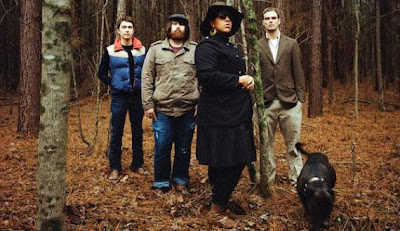 A treacly soul-blues jam, You Ain’t Alone is a prime example of Howard’s prowess, her voice sounding as if it’s been richly BBC like a raw ingénue at the court of Queens Aretha Franklin and Janis Joplin. Her charisma doesn’t stop at the music: Hold On’s "Bless my heart / Bless my soul / Didn’t think I’d make it to 22-years-old" is a fantastically arresting start to any record. Lyrics are route-one effective throughout, as you’d expect from an album called Boys & Girls, but the Shakes are not one-dimensional. Rather, they’re a tightly coiled slice of primal southern soul, the sort usually stamped ‘Memphis, Tennessee’; but the band’s hometown of Athens, Alabama – reached via the legendary town of Muscle Shoals – is spitting distance so far as this music is concerned.
Talking of spit, drummer Steve Johnson comes from a punk/metal background, and guitarist Heath Fogg has that indie outlook even if his chops are more Peter Green.
Bassist Zac Cockrell, meanwhile, looks like the ghost of Little Feat’s chunky Lowell George has invaded his young body, down to the beard and flat cap. Green and George’s dextrous love of southern Americana is mirrored in the ramshackle sinews of I Found You and Hang Loose’s Creedence groove, but Be Mine is molten like Joplin and her Big Brother (and the) Holding Company, and Carl Perkins’ influences is hereabouts too. It’s R&B, but not as Rihanna knows it.
Posted by The Tube at 00:23