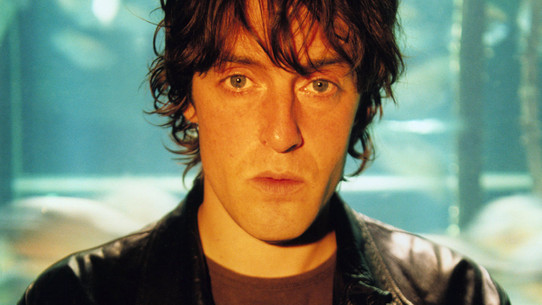 Spiritualized Over the course of 25 years of making music with Spacemen 3 and later Spiritualized, Jason Pierce (aka J. Spaceman) has set a sonic template from which he’s never really deviated. Spiritualized albums somehow seem to stand apart from the pop landscape, clad in stone. Pierce’s inimitable brand of psychedelic space-rock is at once minimalist and unashamedly dense, simple structures fuel-injected with reverb-laden guitars, flights of strings and booming choirs. His lyrical preoccupations also orbit around a relatively set core of themes: death, life and the astral middle ground between spirituality and religion, all suffused with bucketloads of redemptive rock‘n’roll.

Of course, Pierce’s fixed course tends to make Spiritualized a divisive prospect. For every diehard fan there’s someone else wondering what all the fuss is about. Sweet Heart Sweet Light, Spiritualized’s seventh studio album, isn’t going to change any of that. This is a Spiritualized album down to its marrow, replete with the Velvet Underground-meets-Brian Wilson melodies, symphonic crescendos and widescreen riffs that Pierce has made his own since the beginning. BBC

Hey Jane finds him in boisterous spirits, his defiant declarations (“show ‘em what you can do”) borrowing some muscle from a typically steamrolling riff before the song disintegrates and gradually puts itself back together with a sunny backing chant. The gorgeous strings of Too Late, meanwhile, follow the classic Pierce heart-rending mould; the simplicity of his plaintive lyrics gives the song an intimacy that cuts through the Bacharach-esque orchestration. His unfussy lyrical style might occasionally prove weak, and lines like “Send me a signal and I will receive / Jesus, please be there and take care of me,” might seem silly on the page – but from Pierce’s lips this sounds like a doomed soul’s final surrender. Given his near-deadly bout of double pneumonia in 2005 and his extensive medical treatment during the mixing of this album, you get the feeling it’s the kind of thought he’s not entirely unfamiliar with.

The album’s lush, generous production is in keeping with Pierce’s reputation as a bona-fide behind-the-desk obsessive (an audiophile face-off between Pierce and Kevin Shields would be tough, albeit enjoyable, to call). His perfectionism pays off on tracks like I Am What I Am, which crackles with a fierce energy that holds its primal atmosphere together amid a growing cacophony of spasming blues and sassy backing singers.
Posted by The Tube at 14:03