The pop princess is in line to become the highest paid reality TV judge...

Britney Spears Download is apparently on the brink of signing a £9.5million deal to become a judge on The X Factor USA.
There has been much speculation over who will replace axed panellists Paula Abdul and Nicole Scherzinger on the talent show, with Spears now reportedly poised to sign the contract to take her seat alongside L.A. Reid and Simon Cowell.
If the rumours prove to be true, the Hold It Against Me singer will become the highest paid reality TV judge, overtaking Jennifer Lopez who is currently earning a cool £7.5million on American Idol. 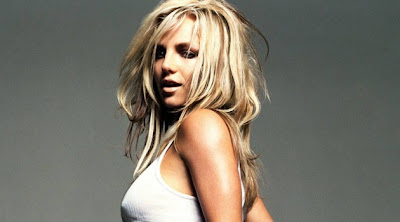 Commenting on the allegations, a US XF insider told E! News: "Both camps were back and forth on the money but now they have finally come to agreement on the fee."MTV
A separate source also told US Weekly that Britney was a "natural fit" when it came to joining the panel, adding: "No paperwork has actually been signed yet. But they finally came to terms. It was a long negotiation."
Despite these new reports, a representative for The X Factor USA has declined to confirm whether the pop princess will be taking her seat on the show, stating: "We still refuse to confirm any talks at this time."
Last month, it was suggested that Britney wanted a one-year out clause in order to be a judge on the series, with a source telling Hollywood Life: "[Executive producer] Simon Cowell wants at least a two-year commitment, and Britney wants an out clause if she doesn't want to continue after one year of service."