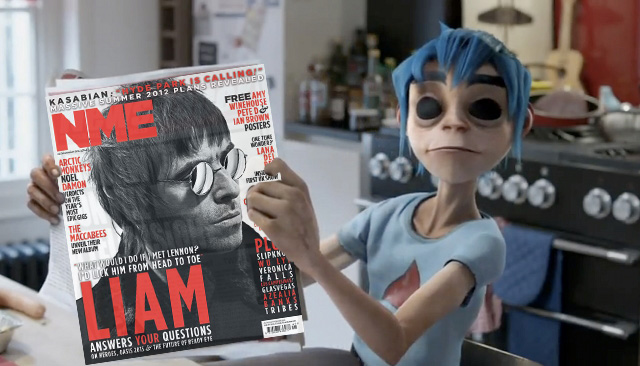 Damon Albarn has said it is 'unlikely' that there will be any more new material from Gorillaz.

When asked in an interview with The Guardian if he thought the band was over, he mentioned his Gorillaz collaborator, artist Jamie Hewlett, saying:


Jamie does, which is fair enough. I think we were at cross purposes somewhat on that last record, which is a shame. So until a time comes when that knot has been untied…

He hinted that he and Hewlett disagreed over the fact that Hewlett's visuals weren't as central to the band's 2010 world tour as they had been previously.

Albarn commented: "It was one of those things. The music and the videos weren't working as well together, but I felt we'd made a really good record, and I was into it. So we went and played it." When asked if they had fallen out over that, he said: "Erm… well, that sounds very juvenile, doesn't it? But being juvenile about it, it happens. It's a shame."

In February, Gorillaz released 'DoYaThing’, a collaboration with Outkast's Andre 3000 and former LCD Soundsystem frontman James Murphy, as part of Converse's 'Three Artists. One Song' campaign. A 13 minute version of the track appeared and Hewlett also designed a new shoe range for Converse to go with the song as well as the accompanying video. Scroll down to watch the video of what could be the last ever Gorillaz song.

In the same interview, Albarn said that Blur's Hyde Park gig this summer might be the band's swan song. Albarn admitted that the band could call it a day after the show on August 12 to mark the end of the London Olympics. When asked if Blur would play live again after Hyde Park, Albarn responded by saying "no, not really". When pushed to reveal whether that really was it for the band, he said: "I think so, yeah."

Along with playing at Hyde Park, Blur are also scheduled to headline Sweden's Way Out West festival in August.
Posted by The Tube at 14:37