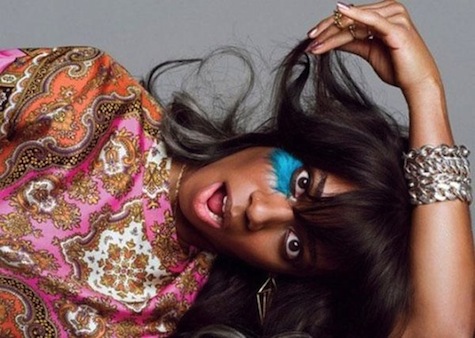 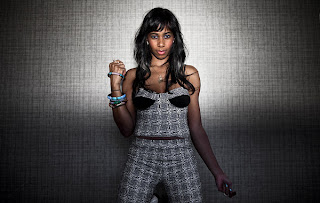 2009, this writer witnessed Santigold (real name, Santi White) unleashing her brand of reggae pop fizz at The Roots’ Picnic in Philadelphia, PA. The petite songstress, dressed in a sleek purple and white jumpsuit, confidently pranced as her two dancers — both expressionless, in gold jackets and black pants — gyrated on opposite sides. The dichotomy was fascinating: amid abrasive beats and chest-rattling bass, White remained fairly calm, the sounds piercing the afternoon air as she sang in her distinctively nasal falsetto. At that time she was still riding the wave of her eponymous debut album; since then, however, White’s been relatively quiet, surfacing occasionally to chastise the current state of pop music or to call dance duo LMFAO a “joke band”. BBC

Perhaps it’s sour grapes; perhaps she’s got a point. When White released her debut album in 2008, critics praised its visceral blend of rock, dub and electronica, and marvelled its brazen uniqueness. Though, as she told Pitchfork in a recent interview, her sound was considered weird at the time, now it’s enjoying mainstream success thanks to the likes of Lady Gaga and Nicki Minaj. Unfortunately for White, her recession from public view stalled her momentum. Given the immediacy of today’s culture, where music is considered old after a few months, you can’t vanish that long without losing some of your audience.

On this long-awaited follow-up, White reconfigures her twitchy brand of Caribbean punk fusion, the results of which are as irregular as ever. Yet something intriguing happens here: just when you think strident synthesizers and glossy excess is about to bombard you, she quickly changes course, opting instead for scant melodies more digestible than previous work. Take God From the Machine, for instance: it begins with harmonic “oohs” and wispy guitar chords, only to be interrupted by a short burst of marching drums. Then, suddenly, the snares dissipate and allow White’s voice to rise above the song’s unique military vibe. While that’s the most extreme example of such artistic defiance, it crystallizes this album’s focus. The mood is undeniably energetic, but the sounds are a bit more ambient than contemporary pop. This Isn’t Our Parade makes good use of handclaps and hollow percussion; then there’s The Keepers, with bubbly, 80s-style synths, which feels playfully rebellious when paired with the vocalist’s innocent inflection.

All told, Master of My Make-Believe is Santigold’s reintroduction. While slightly more subdued than before, the pint-sized sparkplug proves she can still churn a stimulating groove, and doesn’t need cartoonish gimmicks to do so.
Posted by The Tube at 01:25